Haida Gwaii is a spectacular place full of life and culture. Everyone in Haida Territories shares a responsibility to care for the Air, Ocean, Land and People.

All visitors who travel to Haida Territories are invited to sign the Haida Gwaii Pledge. The Pledge evolved from their COVID-19 response plans and embodies guidance from hereditary leaders, sacred knowledge keepers, respected community members, and local health authorities. The Haida Gwaii Pledge was created to help visitors to the Islands understand how to respect and care for Haida Gwaii. Signing the pledge is an act of respect and is a reminder on how to be mindful visitor, especially during these precarious and challenging times. Source: https://haidagwaiipledge.ca/

Haida Gwaii is located 100 kilometers west of the northern coast of British Columbia, Canada and is an isolated group of over 200 islands, large and small, totaling approximately 3750 square miles or 1,000,000 hectares. About 5000 people inhabit these islands. The 2016 Census counted 555 in Old Massett; the Village of Masset with 793; Village of Port Clements 282; Skidegate 837; Village of Queen Charlotte 853; Area D, (rural Graham Island) 607; Area E (Sandspit) 296. Source: https://www.haidanation.ca/haida-gwaii/

How to get there

About the people of Haida Gwaii

Haida people have occupied Haida Gwaii since time immemorial. Haida territory encompasses parts of southern Alaska, the archipelago of Haida Gwaii and its surrounding waters. Haida pre-contact population was in the tens of thousands in several dozen towns dispersed throughout the islands. During the time of contact, Haida population fell to about 600 due to introduced disease including measles, typhoid and smallpox. Today, Haida people make up over half of the 4200 people living on the islands.

Haida reside throughout the islands but are concentrated in two main centres, Gaw Tlagee Old Massett at the north end of Graham Island and HlGaagilda Skidegate at the south end. Besides these two communities, there are 2000 more Haida scattered throughout the world. T’agaa Vancouver, 770 km south of Haida Gwaii, has a large population as does Kxeen Prince Rupert which is 100 km east across Hecate Strait.

The Haida Nation collectively holds Hereditary and Aboriginal Title and Rights to Haida Territories and the cultural and intellectual property rights of the Haida Nation. Source: http://haidanation.ca/

Experiences not to miss in Haida Gwaii 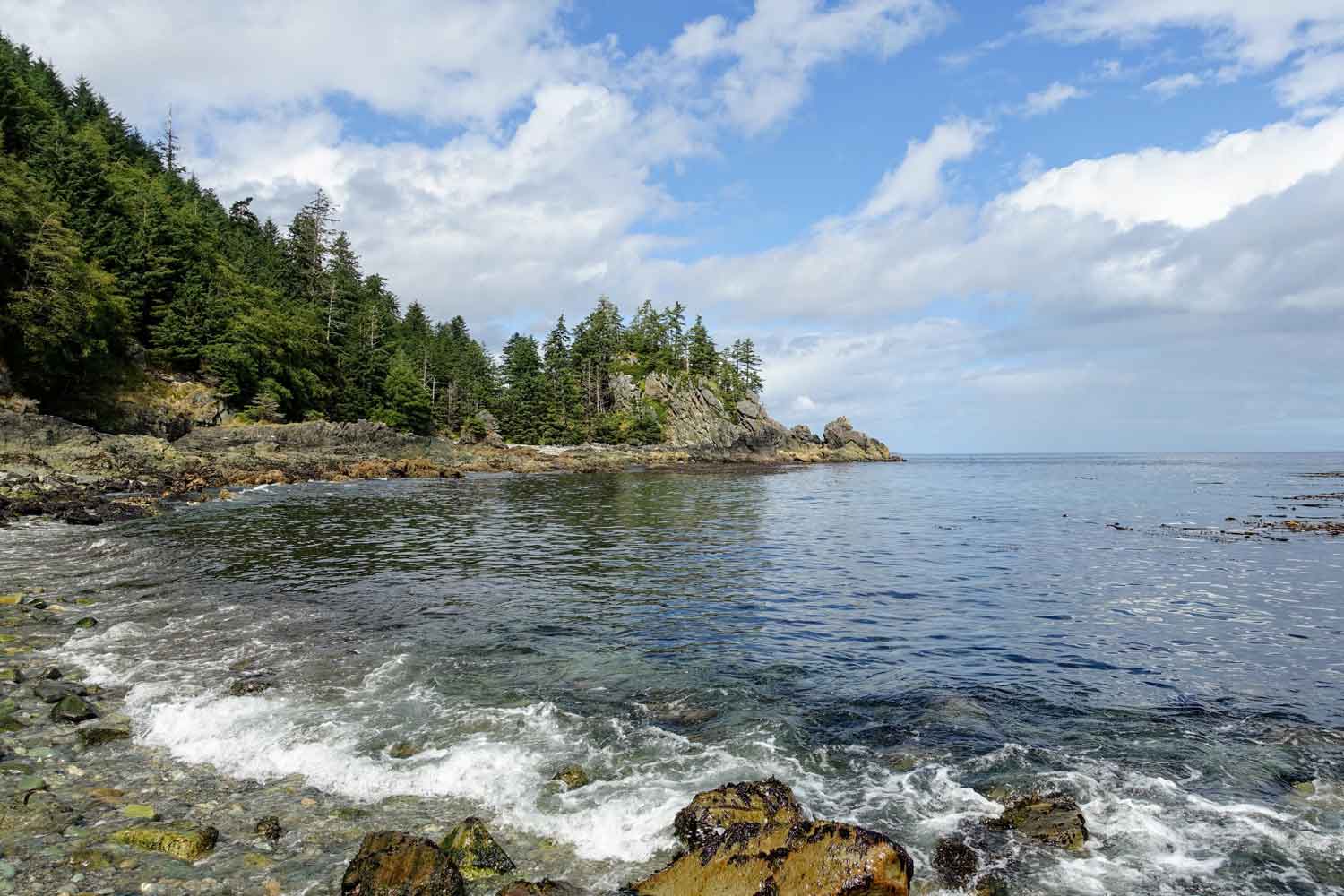 Massive moss-draped cedar and Sitka spruce tower above the Haida people’s ancient carved poles and fallen longhouses on the lush rainforest islands of Gwaii Haanas. Skies fill with bald eagles, bears scavenge salmon on wild beaches and the ocean teems with breaching whales, porpoises and sea lions. Experience a rich, remote landscape steeped in spirituality, protected by Parks Canada and the Haida who draw cultural inspiration from this land of their ancestors. https://www.pc.gc.ca/en/pn-np/bc/gwaiihaanas

A must stop in Haida Gwaii is the Haida Heritage Centre – a premier cultural centre and museum of the Haida people.

The museum uses a chronological layout for the galleries: pre-(European) contact (“In the Beginning”), post-contact (“Contact & Conflict”), to contemporary (“Our Way of Life”). Gallery exhibits showcase pieces of Haida history and contemporary life, and Haida art and culture (including button blankets, argillite carvings, and totem poles), natural history of the Islands, and the Gwaii Haanas National Park Reserve and Haida Heritage Site. An exhibitions gallery features art shows during the year. Prominently features in the Museum are various totem poles, both contemporary and ones carved in the 19th Century.

Through the Haida Heritage Centre we celebrate the living culture of the Haida people. Through our language, art and stories we share our relationship with the land and sea that which shapes, nourishes, and sustains us.

This is our gift to the world. Source: www.haidaheritagecentre.com

Want to go plan a trip to Haida Gwaii? Contact us for assistance in planning a trip that features this remarkable Canadian destination.

Post Views: 838
Sign-up for our exclusive Vacation Newsletter - Just Ask Ellison
Subscribe to our weekly vacation deals newsletter!
DON’T MISS OUT ON OUR WEEKLY TRAVEL DEALS NEWSLETTER!
JUST ASK ELLISON
Be the first to get latest updates  and the best travel deals,
delivered straight to your inbox.
Give it a try, you can unsubscribe anytime