Israel, referred to as the “Land of Creation,” is a small country with a big personality, bursting with so much to see and do. Whether your interests lie in art and history, architecture and design, nature, religion, agriculture, spirituality, beaches or health and wellness, Israel has all that to offer, and more! Begin the tour with a few days in the thriving Mediterranean coastal city of Tel Aviv. Known as “one of the 10 best beach cities in the world,” it also boasts an ever-evolving restaurant and food culture and non-stop excitement. Experience the cosmopolitan atmosphere of Rothchild Blvd., the city’s most expensive street, and one of Tel Aviv’s main tourist attractions. A morning tour will include such sites as Habima National Theatre, Rabin Square, and sampling of fresh hummus at the colorful stalls in Carmel Market. A short transfer will find you in Jaffa with time to walk the narrow stone streets of this ancient port city, smell the robust aroma of coffee, see the iconic landmark clock tower, taking you back to a time when the Ottoman Empire ruled the region. Take in the artsy street galleries, live music, and Mediterranean views. Long considered the world’s holiest city, Jerusalem will be your home base for the next three nights. Walk in the footsteps of millions as you discover the Old Walled City of Jerusalem (UNESCO), including the Western (or Wailing) Wall where people of every nationality and religion pour out their hearts in prayer as the wall is believed to have enormous spiritual significance. Jerusalem’s Old City walls have eight gates, seven of which today still serve locals and visitors streaming into the markets and sacred historical sites. Visits during your time in Jerusalem may also include Yad Veshem (the World Holocaust Remembrance Centre), Israel Museum’s Shrine of the Book, home to ancient Dead Sea Scrolls, the glittering Dome of the Rock arguably the city’s most iconic landmark, and The Tower of David (Citadel) to name a few. Be sure to sample a “sabich” for lunch or the local street food…falafel. The next two days will include day trips from Jerusalem to the Dead Sea and the desert. Travel to the desert fortress of Masada (UNESCO), the former palace of King Herod, occupying a breathtaking, strategic location high on a flat plateau above the Dead Sea. A tourist centre at the foot of the mountain features a movie about Masada, a model of the site, as well as an exhibit of archaeological findings. Continue to Ein Gedi Beach, on the Dead Sea, the lowest place on Earth, to float effortlessly in the water. This natural phenomenon occurs because of the highly concentrated mineral deposits making it impossible to sink. This heavy salt content prevents the sea from cultivating any flora and fauna, hence the “Dead” Sea. Enjoy slathering on sulfur-rich black mud with its healing properties that help improve blood circulation, smooth out wrinkles and leave your skin soft and silky promoting a natural youthful glow. The Negev Desert occupies 62% of Israel and at just 90 minutes south of Jerusalem, a day trip (jeep tour) to this fascinating and enchanting part of the country should not be missed. Home to the nomadic Bedouins who have lived here for centuries, your experience will include a traditional Bedouin lunch, a visit to one of the “villages,” a camel ride and storytelling offering unforgettable insight into the history and lifestyles of the Bedouins of Israel. The last few days of this tour will find you at the southern tip of Israel in Eilat, a resort town on the shores of the Red Sea, with 360 days of sunshine, offering water sports and Dolphin Reef. The lengthy pier affords an amazing spot to observe the local “bottlenose” dolphins as they frolic about and interact with visitors. Dolphin’s Reef also offers “relaxation pools” where visitors can let their cares drift away while listening to soothing music. A 20 km drive north from Eilat will take you to Timna Park, one of the largest attractions in southern Israel boasting several hiking trails and is home to one of the world’s oldest copper mines and Solomon’s Pillars (perfectly formed towering sandstone columns, an amazing work of nature), continuing with a tour at a desert “kibbutz” (collective agricultural settlement). Taste some of the local crops and hear about the techniques developed to grow fruit and vegetables in the arid desert area. A final night back in Tel Aviv completes the tour. 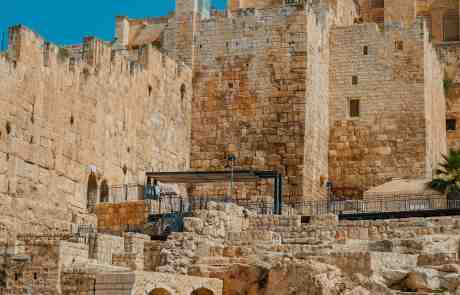 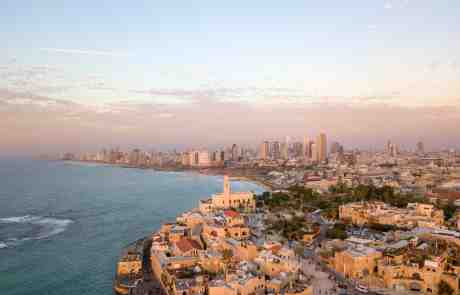 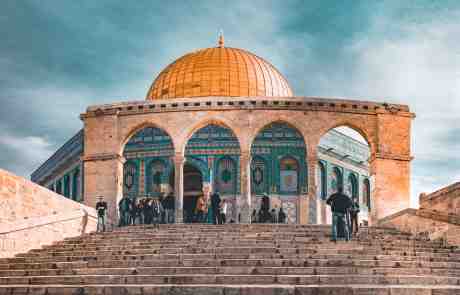